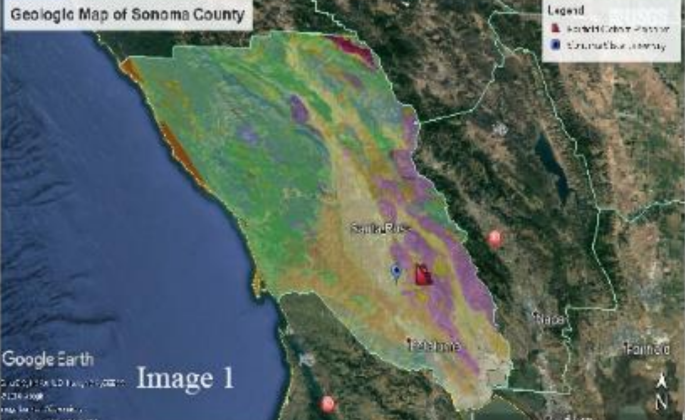 Sonoma County and its neighboring communities are prone to the natural mass wasting phenomena known as landslides. Landslides are defined as movement of rock and/or debris down a slope, and can be caused by earthquake activity, over saturation of the ground, and intense rain/snow fall, among other things. Large areas in Sonoma County have high landslide risk because of their weak bed rock and steep slopes. Cities like Rohnert Park, Santa Rosa, and Petaluma are at a higher risk because of their proximity to the Roger’s Creek fault. We reconstruct a landslide plane area at the Fairfield Osborn Preserve using hammer seismic and refraction tomography. By reconstructing the plane area of a landslide, we can get a better understanding of the depth to bedrock and how at risk a landslide is. Understanding this can help determine the weak points and aid in landslide stabilization in the future.